We’ve all been there, whether we're daydreaming at work or fantasizing about what we would buy if we ever won the lottery. We all have a dream car. For most of us, dream cars are exactly that, a dream. Some of us set goals and save money to one day buy our dream car. While some car lovers may save their entire lives and never get the chance to buy theirs. Everybody has their dream car and each person’s dream car is different from the next.

For some people their dream car is the World’s Fastest Car. For others, they may want the Most Expensive Car in the World. While some of us may dream of building a special muscle car they worked on with their dad as a kid. The unique thing about dream cars is that it’s different for everybody. We put together our list of 10 of our dream cars that you can find at Fusion Motor Co. 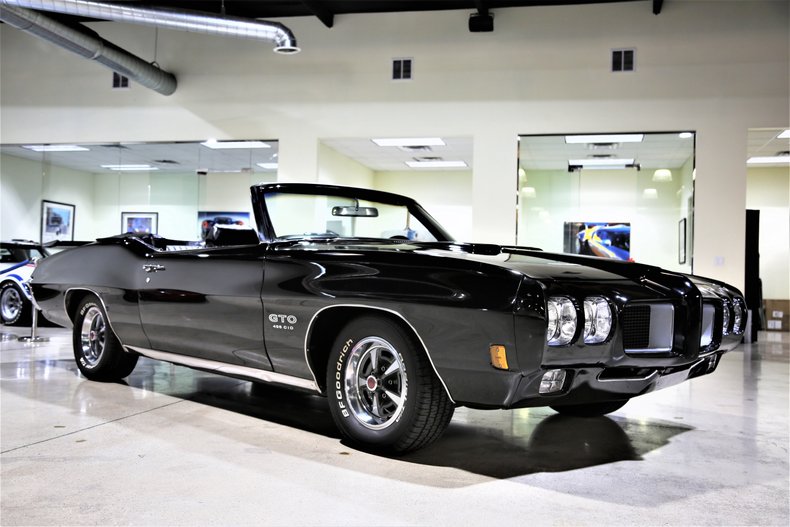 The muscle car that started it all, the GTO. The Pontiac GTO is considered by many to be the model that started the muscle call trend replicated by the major domestic automakers. Fusion Motor Company has nearly a dozen muscle cars on the lot but perhaps none more badass than this 1970 Pontiac GTO with numbers matching, fully restored in the Factory Triple Black 455! 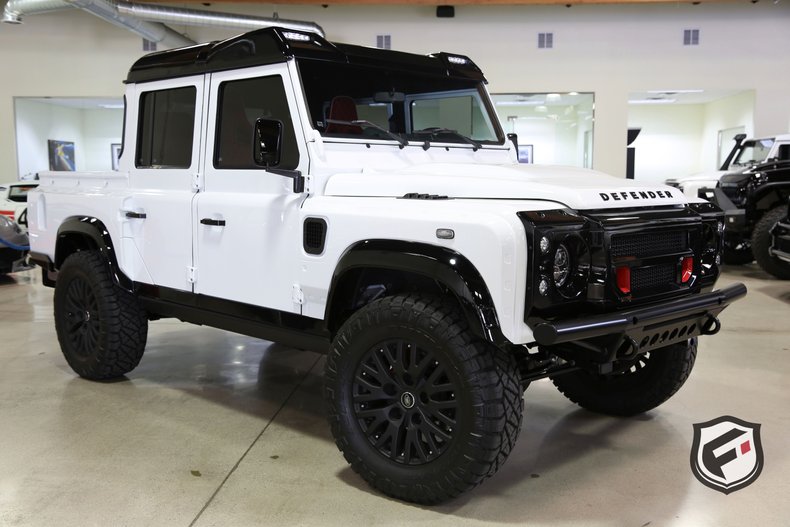 Switching gears up a bit from American Muscle, we introduce number 9 on our list. The 1991 Land Rover Defender 110 Pickup built in house at Fusion Motor Company’s Los Angeles based facility. This fully customized 91’ Defender Pick Up is as strong as it looks, powered by an LT1 Direct Injected V8 Mated to an 8-Speed Automatic. Did we mention this Defender 110 has Fusions carbon fiber accents? 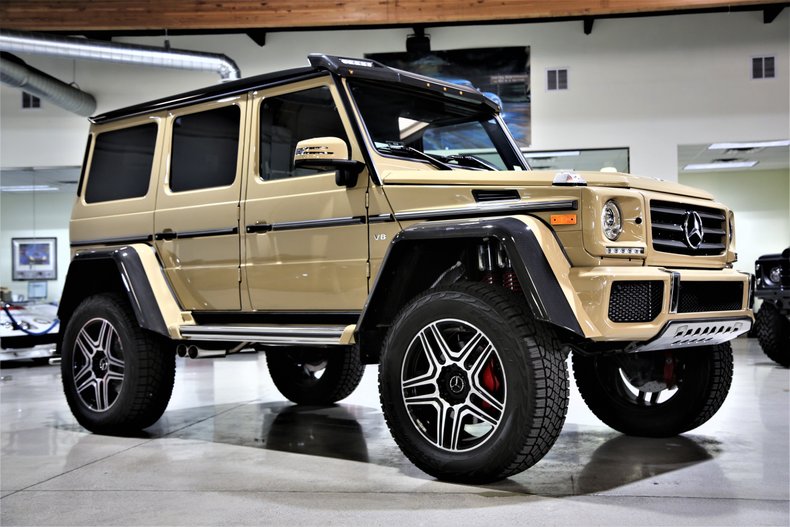 Show me a cleaner G-Wagon, go ahead, I’ll wait...This 2018 Mercedes-Benz G-Class 4x4 Squared G Wagon is one of only 300 that were shipped into the USA. The rarest color of those 300? This Designo Desert Sand colored G Wagon. 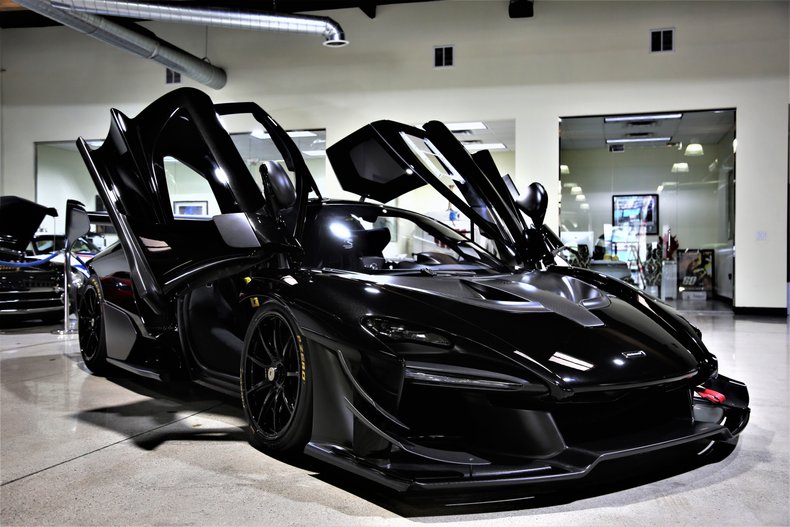 Number 7 on our list of dream cars is one of the rarest vehicles produced; the 2020 McLaren Senna GTR. Fusion Motor Company’s Senna GTR is number 72 out of 75 made for the world. You read that right, there are only 75 of these in the world. You can read all about the mind-blowing McLaren Senna GTR specs here but we like it because it looks like the Batmobile! 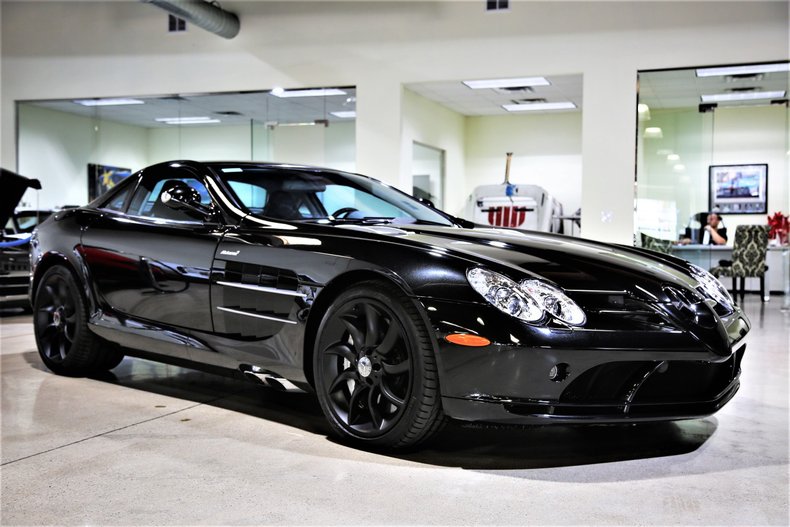 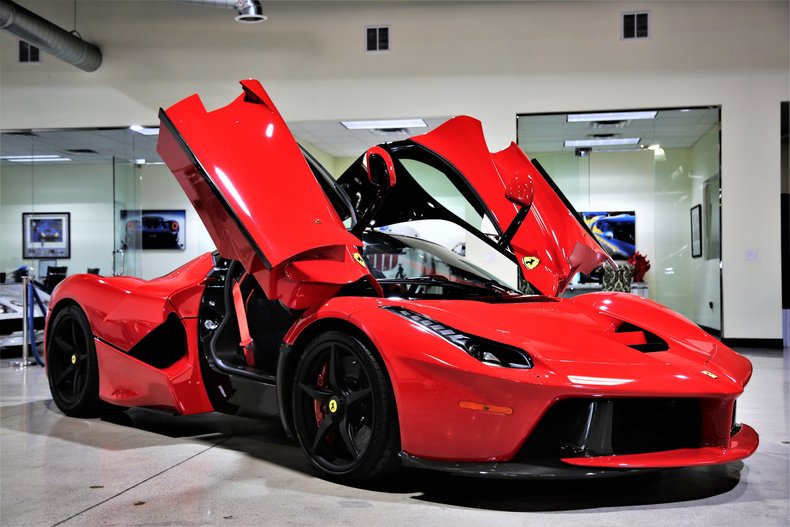 Cracking our top 5 on our list of dream cars is this jaw-dropping LaFerrari finished in classic Rosso Corsa with Carbon Fiber trim over Black Interior with Red Piping. Did we mention this 2014 LaFerrari is one of only 120 in the United States? Oh, and it has a 12 cylinder mid-mounted engine, so yeah, it’s pretty fast. 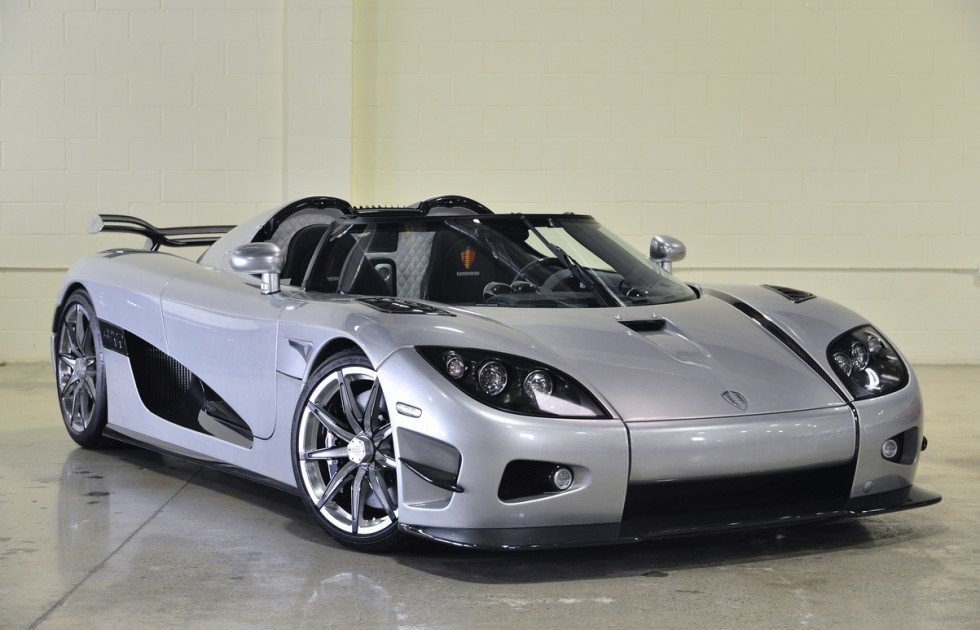 Forbes Magazine called the Koenigsegg CCXR Trevita one of the “Most Beautiful Cars In History”. The name "Trevita" is Swedish for "three whites," which is in reference to the Koenigsegg's ultra special diamond-weave carbon-fiber body. Once owned by the Champ himself, Floyd Mayweather, only two Koenigsegg CCXR Trevita’s were ever built. If you have 5 million dollars lying around you could be the owner of this beauty. Make sure to save some cash for speeding tickets, the CCXR Trevita reaches speeds upwards of 250 mph! 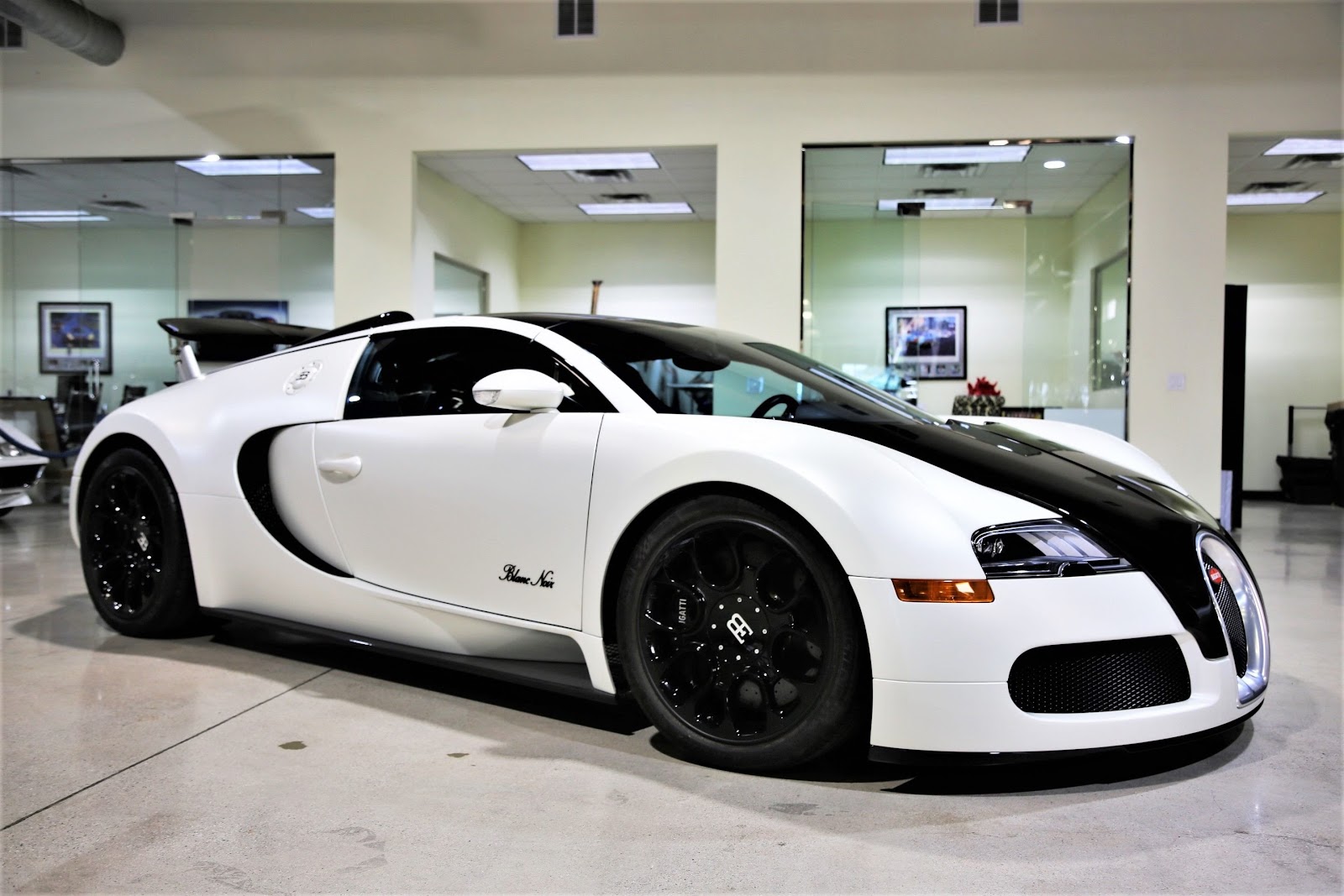 Want to wake up in a new Bugatti? This 2010 150 Bugatti Veyron Grand Sport is one of a kind. No really, there’s quite literally only one of these in Blanc Noir and you’re looking at it. Bold enough to get it up over 200 mph? Well, when the car reaches 137 mph hydraulics lower the car to about 3.5 inches off the ground, simultaneously, the wing and spoiler deploy. In this blazing-fast handling mode, the wing provides 770 lbs of downforce in order to keep the car on the road. 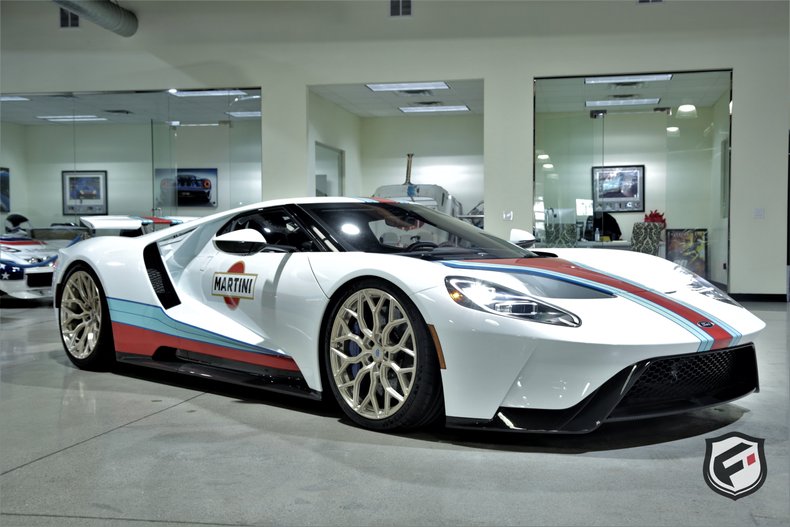 Number two on our list of dream cars is one of the most sought after cars in the world, the 2017 Ford GT. The Ford GT comes with a 3.5L twin-turbocharged V6 engine with larger turbochargers, an aluminum intake manifold, a custom dry sump lubrication system, unique camshafts, and higher strength rotating and timing drive components. In other words, it’s fast, it’s 647 horsepower, 550 lb-ft of torque, 215+ mph, 0-60 in three-seconds fast to be exact. The 2017 Ford GT will run you a pretty penny. Put it this way, you could buy fifty-five 2020 Hyundai Elantras OR you could buy one 2017 Ford GT. If the 2017 Ford GT is out of your price range, take a look at the 2005 Ford GT on their lot.

Still can’t “A Ford” it? There are great lease rates and financing available on any of Fusion Motor Company’s inventory. 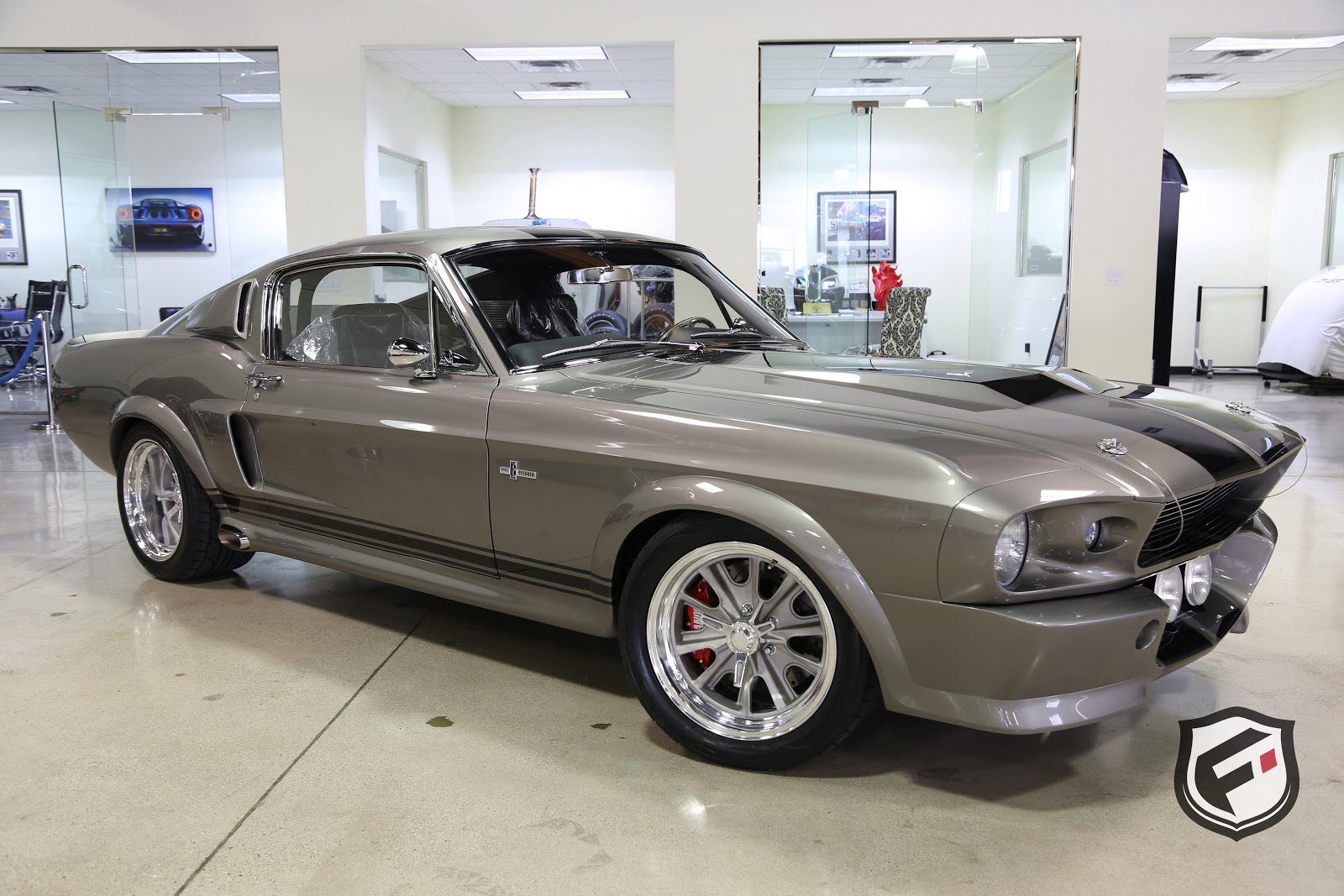 Each Eleanor is custom-built to evoke the emotions of its owner. You can choose from a lush list of options that will guarantee to command people's attention. Check out the “Eleanor” 1967 Mustang Fastback custom-built sheet here.

What do you think of our dream car top ten list? What made your top ten? What car didn't? It’s hard to narrow it down to just ten dream cars from Fusions’ full line of inventory. Comment below and tell us your Top Ten Dream Car List!
Previous Post
Next Post